In his early 20s, Revere owned several restaurants in Caldwell, Idaho and first met singer Mark Lindsay while picking up hamburger buns from the bakery where Lindsay worked. Lindsay joined Revere’s band in 1958. Originally called the Downbeats, they changed their name to Paul Revere & the Raiders in 1960 on the eve of their first record release for Gardena Records. The band garnered their first hit in 1961, with the instrumental “Like, Long Hair”. When Revere was drafted for military service, he became a conscientious objector and worked as a cook at a mental institution for a year and a half of deferred service. During the same time period, Lindsay pumped gas in Wilsonville, Oregon.

By summer 1962, Revere and Lindsay were working together again in Oregon. Around this time, KISN DJ Roger Hart, who was producing teen dances, was looking for a band to hire. Hart had a casual conversation with a bank teller who told him about a band called “Paul Revere-something”. Hart obtained Revere’s phone number and they met for lunch. Hart hired the band for one of his teen dances. Soon afterward, Hart became the group’s personal manager.

Their first major national hit, “Just Like Me” (No. 11, 1965) was one of the first rock records to feature a distinctive, double-tracked guitar solo, performed by guitarist Drake Levin. The band appeared regularly in the U.S. on national television, most notably on Dick Clark’s Where the Action Is, Happening ’68, and It’s Happening, the latter two co-hosted by Revere and Lindsay.

Their hits from the this period included “Kicks” (Billboard Pop Chart No. 4), “Hungry” (No. 6), “The Great Airplane Strike” (No. 20), “Good Thing” (No. 4), and “Him or Me – What’s It Gonna Be?” (No. 5). Of these, “Kicks” became their best-known song, an anti-drug message written by Barry Mann and Cynthia Weil that was originally earmarked for the Animals. In mid-1967, with three gold albums to their credit, the Raiders were Columbia’s top-selling rock group. Later, top 40 hits would include “I’m Not Your Stepping Stone” and “Indian Reservation”.

On October 13, 2007, Paul Revere & the Raiders were officially inducted, along with their Manager Roger Hart, into the Oregon Music Hall of Fame. In attendance were Mark Lindsay, Phil “Fang” Volk, and Roger Hart to accept their awards. In 2010, the band was inducted into the Hit Parade Hall of Fame. Revere announced his retirement from the band in August 2014; the group plans to tour without him as “Paul Revere’s Raiders”.

In October 2014, the band’s web site announced that Revere had died “peacefully” on October 4, 2014, at his Garden Valley, Idaho home, a “small estate overlooking a tranquil river canyon”, after a battle with cancer. He was 76 years old.
Additional sources 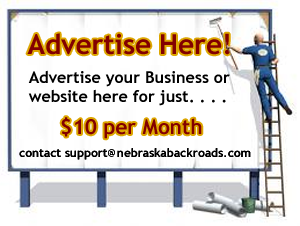 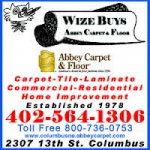